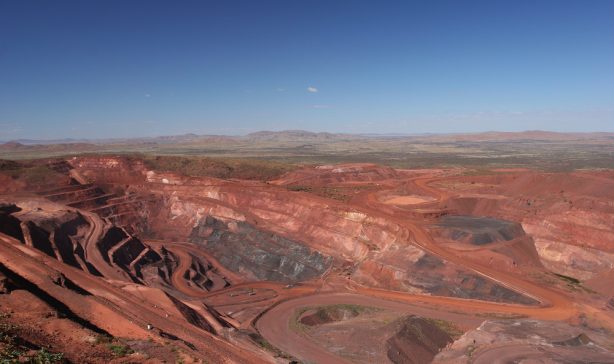 Earlier this year, we were proud to help University of Western Australia MBA student, Laurent Barrere present his coursework on Fortescue Mining Group (FMG) and Western Australian (WA) iron ore, as a paper at the Australasian Institute of Mining and Metallurgy (AusIMM) Iron Ore Conference in Perth. Although locally focused the research is an excellent study on the challenges of market entry in high barrier-to-entry industries, that should be informative reading elsewhere in the iron ore and mining industry, as well as other industries – indeed, we do a comparative case study between FMG and Tesla elsewhere on the MBA programme.

The paper is entitled “New generation Western Australian iron ore 2006-2016 – strategic insights far beyond the Pilbara?”. The abstract is included below, as well as a copy of the presentation, whilst the full paper can be downloaded on Researchgate.

The majors, BHP Billiton and Rio Tinto, have expanded mine production to record levels and the Roy Hill project is now approaching nameplate capacity. Fortescue Metals Group (FMG) is, however, the largest new market entrant of the last decade, delivering upon their vision of becoming the ‘new force in iron ore’. Unlike most of the other new WA market entrants, FMG’s operations are substantive. Most of the other smaller, new WA iron ore miners have struggled during the period of falling prices, though it is worth noting that collectively they have made a material supply-side impact during the price boom – typical of marginal supply. Finally there have been some contributions from new magnetite projects, however, the delivery and economics of these projects have not met expectations.

In this paper, we touch briefl y upon the key global market changes of the last decade, namely China-driven demand growth and the changes to the pricing mechanisms for iron ores – before reviewing the rise in WA iron ore supply in response to these markets. We fi nish by focusing on the most signifi cant WA-focused supply-side development of the last decade, the rise of FMG as a major new supplier and the strategic situation that facilitated its rise. The unprecedented China-led rise in iron ore prices felled many traditional barriers to market entry into an oligopolistic industry, allowing many new market entrants (in WA and around the world). However, the downturn in iron ore prices resurrected these barriers to entry, with only FMG (thus far) breaking the entry barrier with signifi cant scale. Diffi cult corporate decisions have been forced upon the smaller WA iron ore miners who, in some cases, will now struggle to further expand, or indeed continue to operate in the longer run.

The changes that have taken place over the last decade of WA iron ore production hold insights for other emergent mineral commodity exports from the state. Successful market entry, even when industry barriers are high, does not always require an immediate low-cost production assumption alongside a strong balance sheet. FMG could see a new market, within an established commodity market, target an appropriate and new product at it, overcome temporarily-felled barriers to entry in infrastructure and fi nance, then innovate and aggressively cut costs ensuring it was behind the barriers to entry when they rose again after the price boom.”