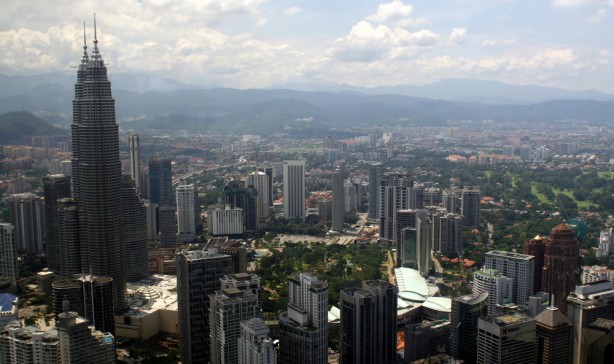 Considering it has provided most of the world’s tin, the South East Asian Tinbelt is probably not as well known and understood as it should be. This visit highlighted the fundamental long-term supply challenges the industry faces and the implications this has for the LME’s least-followed metal. Our bullish travel account provides a background on the tin mining industry, a summary of the current state of the industry and where it is headed, along with a few thoughts on some of the thriving S.E. Asian economies visited.

The S.E. Asian Tinbelt starts at the foot of the Himalayas in northern Myanmar and runs southwards through the centre of the country and into the Malay Peninsular, through southern Thailand, Malaysia, Singapore and into the Java Sea, where it continues along the eastern coast of Sumatra, Indonesia, including the Indonesian islands of Bangka and Belitung. From here, it is thought to track east, following the north coast of Java, though this has not been confirmed.

The real prize for miners, however, is the region’s ‘secondary’ alluvial deposits formed by the weathering of these tin-bearing mountain granites. The main tin ore mineral, cassiterite, is resistant to chemical erosion so is stripped out of the mountain rocks by the physical weather processes and travels through the region’s many streams and rivers into flat delta areas and the shallow seas of the region. Here, it builds up as cassiterite-rich sands and gravels, which are very easy to mine. As such, in turn, Thailand, Malaysia and now Indonesia have been big tin miners, and much of the industry’s smelting capacity and trading hubs are still located in the region.

A pewter lined history
Kuala Lumpar, our first port of call, was founded on tin mining and trading. Indeed, the iconic Petronas Towers, funded with revenues from the country’s other major commodity, oil, are built on a tin deposit. About 500 tonnes of tin were thought to have been removed during the construction of the foundations for the towers.

Kuala Lumpur still has a small operating tin exchange. (Singapore, further south, is another regional hub that started life as a tin trading centre.) Malaysia was a big tin miner in the 1970s and 1980s before the “international tin crisis” in 1985, when the International Tin Council collapsed. Malaysia Smelting Corporation’s (MSC) tin smelter is still located on the country’s west coast, at Pinang, among one of the richer tin mining areas.

A minor resurgence in tin mining is occurring in Malaysia, driven both by the powerful MSC and by smaller entrepreneurs, looking for the high returns mining can bring. Tin is in the blood of Malaysia. Royal Selangor, a pewter manufacturer based in Kuala Lumpur, is a national icon, whose wares can be found in London’s Harrods. Malaysia and its government seem to have a feel for the industry. Importantly, it does not clash as starkly with tourism interests as in Thailand. However, there are still only a few small tin mines in Malaysia, and only one major mine, the Rahman mine (owned by MSC). In general, mining is limited and Malaysia’s tin companies have turned their attentions to mining further along the tin belt in Indonesia.

Are we running out of tin, or do we just not know it?

Unlike most other major commodities, tin is not generally mined by publically-listed mining companies, for which resource reporting requirements exist. Over half of tin is mined alluvially, often illegally or para-legally, with other substantial production volumes coming from state companies or within China. As such, high quality resource figures are rare. A portion of Malaysia’s “official” tin reserves are still under the “Golden Triangle”, an area unlikely to ever be further mined, as its the centre of Kuala Lumpur’s financial district, where the Petronas Towers are located.

Of all the major commodities, tin has the least clear record of official reserves and seems to have the smallest known reserve in relation to current production levels. Taking USGS Reserve statistics and production levels, there are just 18 years of tin and zinc reserves left, in comparison to 20 years for lead and gold, 34 years for copper, 70 years for iron ore, 134 years for bauxite and 190 years for PGMs.

Whilst the figure for reserves seems in line with other metals such as lead, zinc and gold, the USGS does not list a ‘resource’ for tin, but does for each of these other metals. Dividing the USGS resource figure by current production levels gives 171 years of resources for zinc, 219 years for gold and 385 years for lead, alleviating fears of depletion. However, because of the lack of clarity around tin resources it is not possible for the USGS to publish a ‘resource’ figure and unlike these other metals, it is unclear what lies beyond these known ‘reserves’.

Tin smelting where you least expect it

Mining industry research trips usually take you to some pretty rough places. But just occasionally you strike it lucky. Leading contender for best place to be sent on a field trip would be Thaisarco’s tin smelter on the tropical holiday island of Phuket, a favourite of honeymooning couples and Australian stag parties. Phuket is perhaps most famous for the craggy tropical islands which surround it, and which have featured in films such as “The Beach” and “The Man With The Golden Gun”. It is around these islands and in these seas that much tin-bearing cassiterite has been mined.

The first major industry in the region, and the reason many people moved to these remote islands, was tin mining and smelting. The opportunity to make a living mining alluvial tin drew people to the region in the 1970s and 1980s, when Thailand was still very much a developing country. But the various tin crises of the 1980s, combined with depleting reserves of easily accessible alluvial tin, caused mining to fall to virtually nothing. The Thai government, facing the prospect of a post-mining region with high-unemployment and economic deprivation, acted to encourage tourism.

Whilst local mining has stopped, there was no reason for smelting to stop, and the Thaisarco smelter became a custom smelter taking in concentrates from elsewhere in S.E. Asia, surviving against the unusual backdrop of a tropical holiday destination. However, the tin industry here is again having to adapt. Despite the rise in the tin price over the past few years, there is little enthusiasm for reviving mining here (unlike in Malaysia) as it would be in direct conflict with the region’s tourism industry. So, with no local concentrates to source, Thaisarco is a truly custom smelter; and with an ever tighter tin concentrates market this is not necessarily a good thing.

Moving downstream and up the value-chain

Thailand is one of the most developed of the S.E. Asian countries with a GDP/capita of US$8,100 in 2009, eight times that of Myanmar, four times that of Cambodia, Laos or Vietnam and twice that of Indonesia. Only Malaysia and the financial city-states of Singapore, Hong Kong and Brunei have higher GDP/capita in the region. This roughly puts Thailand on a par with the non-oil producing North African states, Central America and the Caribbean countries (excluding tax-havens).

As such, labour costs in Thailand are relatively high, putting pressure on upstream industry costs. So, Thaisarco is trying to move further downstream by producing semi-finished tin products and alloys, thus creating the sort of higher value jobs the Thai economy now desires. In this, Thailand faces competition from countries like Japan and South Korea, rather than China and Indonesia as it does with smelting. Thailand has lower labour costs than the two most advanced large Asian economies so should compete successfully. South Korea and Japan are likely to continue to move further downstream, abandoning the semi-finished product industries to countries such as Thailand and focusing on the high-value finished and end-use products, as they are the only Asian countries with a sufficiently educated workforce to support these industries.

A more ethical supply chain
The final issue of consequence when discussing tin smelting in the SE Asian Tinbelt is that of conflict minerals, and in the case of SE Asia, tin ore cassiterite. The conflict tin is not from Asia, but from the eastern areas of the D.R. Congo, where despite the end of the civil war in 2003, military groups responsible for much of the bloodshed during the civil war remain. These groups rely on unofficial “taxes” on the area’s tantalum, tin, tungsten, gold and cobalt ores.

Following the success of the Kimberley Process, there is an increased focus on conflict minerals in the Congo by NGOs and end-users alike. These groups are keen to see the tin, tantalum, tungsten, cobalt and gold supply chains audited, so that end-use companies can be assured their raw materials are not contributing to the troubles in the Congo. Because the smelting process destroys any chance of tracking ore back to its original mine source, the smelters have been highlighted as the key point of the supply chain for successful auditing. SE Asia contains most of the world’s custom tin smelters, so this area is in particular focus.

In response to the situation, ITRI, the tin industry association, has set up a scheme to “tag” tin ores and concentrates from the major mines in the Congo that are not in conflict regions, so smelters can more easily secure non-conflicted tin concentrates and pass the audit. Perhaps seeing the direction in which the industry was heading, Thaisarco has taken a particularly active leadership role in this area, stopping imports of Congolese tin concentrates at the beginning of the year to adopt the scheme set up by ITRI. Whilst this may lead to a reduction in concentrate imports in the short term, Thaisarco hopes that as legislation associated with conflict minerals comes into force, they will be well positioned to secure the available legitimately sourced tin concentrates from the Congo.

The final stop on the research trip was the current source of nearly one-third of the world’s mined tin – Indonesia. The report for this section of the trip can be found here.