The future for Australians at work – Do you feel lucky? 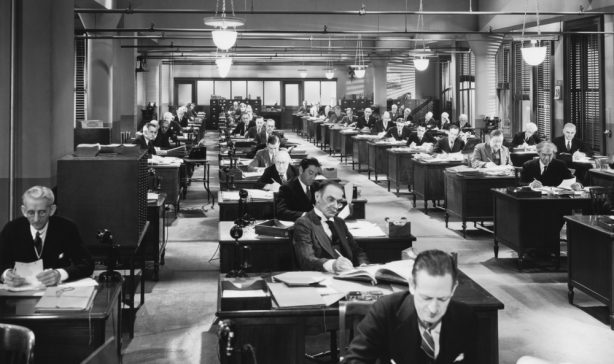 Last October, we published a Strictly Boardroom article on the ‘future of work’ (currently a hot topic) in Australia.

Australia is often referred to as the ‘Lucky Country’ after Donald Horne’s 1964 book.* Many books and articles on Australia thus play on the theme of luck. One of these was “When the Luck Runs Out – The Future for Australians at Work” by Fred Hilmer published in 1985. It was kind of an Australian follow-up to the classic business text “In Search of Excellence – Lessons from America’s Best-Run Companies” by Tom Peters and Robert Waterman Jr.

Looking at this list from the present-day, all of these are areas currently identified by various management and business experts as key attributes for successful companies in the future: Purpose, trust, experimentation, values, positivity, focus, teams, and their various other synonyms.

The question is, are these attributes still important today, because they have not been improved and adopted after 30-years, or because they are timeless attributes of management that will always be a focus for organizations? Our feeling is the former – little progress has been made by the business world in adopting these attributes.

The full article is available to subscribers of MiningNews.net and is entitled “The future for Australians at work – Do you feel lucky?” or contact me.

For keen followers of the Strictly Boardroom column, our book “Strictly (Mining) Boardroom Volume II: A Practitioners Guide for Next Generation Directors” was published last year and is available as a paperback or e-book from Major Street Publishing or Amazon. We’re pleased to say that the book received a very positive review in the AusIMM Bulletin and in Geoscientist magazine – the members publication of the Geological Society of London.

* The phrase is often misused in a contemporary context, where Australia being lucky (due to its natural resources, amongst other things) is seen as a positive thing, however, Horne really meant that Australia had been lucky, despite its poor institutions, allowing its economic and socio-political rise. Horne wanted Australia to focus on improving its institutions rather than relying on the ‘luck’ of having great untapped natural resources (Wikipedia).