The current investment landscape for mining, exploration and mineral sands 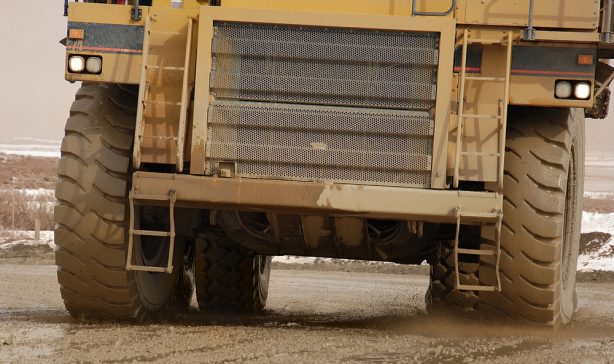 Lats week, I was invited to speak on “The current investment landscape for mining, exploration and mineral sands” at the 19th Australian Mineral Sands Conference here in Perth.

The presentation explored three broad, global trends and their high-level impact on mining and exploration, with some further specific thoughts on mineral sands, in line with the conference theme. The three trends were:

Backsliding on environmental and sustainable development measures is probably unwise, not least because increasing environmental and social damage is morally objectionable. Such damage is usually expensive, if not impossible to reverse, should the political climate change. Over the longer term, as society grows wealthier, be it in developing nations, such as China, or the developed world, the public’s desire for sustainable development and a more habitable environment seems only likely to increase. The minerals industry will have to rise to this challenge.

Becoming more ‘localist’ in our attitudes as an industry may have some merit though. If we are seeing a trend away from globalisation then the merits are obvious, however, even if globalisation continues apace, experts suggest that ‘glocalisation’ is embedded within the process, whereby local identities are strengthened as a response to globalisation – both localisation and globalisation occur together – we have perhaps just been misunderstanding it.

These trends uniquely challenge the mineral sands industry. With mineral sands being surficial deposits, exploration and extraction at depth and ‘under cover’ are less viable options. Thus the mineral sands miners are forced more than other mineral’s miners to move ‘abroad’ making social licence to operate a far more important issue.

The ‘tech boom’ and disruptive innovation

Historically the mining industry is a cautious innovator – the mines of today are conceptually similar to those 100-years ago – large holes in the ground with big trucks and machines extracting the material for bulk processing before bulk shipping. Similarly, the view of the future of the sector – robots, automation, in-situ extraction, bio-processing, etc., has been the same for many decades, with less progress than hoped towards it.

The incremental improvements from technology that are likely to impact the mining sector are well-known – big data, automation, remote operation, drones, etc., however, it is less clear where the more radical innovations will come from. There are four areas of science and technology in the current world that are progressing rapidly and could be the source: 1) biotechnology; 2) digital technology; 3) nanotechnology, and 4) brain science. Alas, the mining sector is already behind the curve on digital transformation, and it is not easy to see what the link is with the other areas of science and technology yet.

Finally, technological advancement does not occur outside of society. Indeed social acceptance is a major determinant of the adoption and success of new technologies. It is therefore important to remember that technologies such as big data, automation, A.I., drones, etc., all have ‘dark sides’ and thus as a sector we must not complicate our already challenging social licence to operate with the so-called ‘techlash’ underway (i.e. the current situation with Facebook).

Climate change and the energy transition

The other major technological and social trend is ‘green technology’ specifically that related to renewable energy, electric vehicles and battery technology.

Whilst the minerals sands sector (titanium and zirconium) does not appear exposed to the demand changes that are affecting the likes of lithium, cobalt and graphite; it will nonetheless be impacted by the renewable energy transition on the supply side. Indeed, as major power consumers, often in remote areas, the mining industry is already adopting renewable energy and battery power solutions. Indeed, such progress could tip the balance back towards underground mining, which would be both safer and cheaper than it is presently. However, once again, the mineral sands sector, with its surficial deposits may miss out on this transition – once again leaving it at surface with increased social licence to operate issues.

However, the major impact could come in the downstream area of the industry – in titanium manufacture. The Kroll process is extremely energy intensive, making it both expensive and destructive to the environment (especially via carbon emissions). As such, titanium metal, despite being extremely useful is underutilised – indeed most titanium (90%) is consumed as dioxide in simple products, such as paint, rather than in high technology alloys in aerospace etc. The switch to renewable energy could make titanium a more environmentally friendly metal. However, the scope for virtually free energy from solar or wind could dramatically change the cost structure of titanium production and really free the market for growth. A similar situation occurred in the 19th century, with the dramatic growth of the aluminium industry, a similarly energy-intensive metal to produce, which in part was fuelled by the provision of cheap energy via coal.

More detail can be found in the presentation below, available on Slideshare: