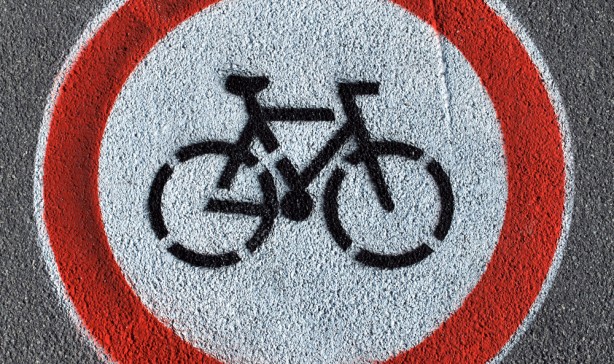 In a recent in depth article we discussed “What’s hot, what’s not and why” in the commodities world, based on a presentation by CRU Group at the ITRI International Tin Conference last month. Looking at the medium term prospects for a number of commodities, the article concluded that for a commodity to be “hot” with strong positive price fundamentals it must not only have good demand prospects, but also the potential for supply problems.

Here we discuss what some of these demand trends and supply side problems could be in the period to 2012.

There are a number of global economic supercycles ongoing that are increasing demand for raw materials. The more of these demand supercycles that a commodity intersects the hotter it becomes.

China – The obvious one is Chinese (and other developing countries) industrialisation, which is particular good for steel (and some of the alloying metals that are not in oversupply) and industrial metals such as copper, tin and aluminium.

Electronics – The consumer electronics boom and the general “communications revolution” continues, as we progress from i-pod to i-phone to i-pad, dragging up prices of associated metals such as tin and copper.

Energy/power – Energy demand is rising strongly due to industrialisation in the East and the renewal of old power supply and rising intensity of use in the West. This is good news for energy raw materials such as uranium and coal, but also the metals consumed in either the transmission cabling (copper and aluminium) or construction of the power plants (some types of steel).

“Green” – This will become an increasingly important over time, boosting prices in several commodities. Alternative power sources will be one of the major drivers, with nuclear power and therefore uranium the biggest beneficiary in the near term. Wind farm demand could add a little extra backing to copper prices. Increased production of hybrid vehicles could see increased use of copper and rare earths.

Bounce-backs –  It is worth looking at the demand cycles.  Those industries that were hit particularly hard by the downturn – automotive, aeronautical and construction – have all yet to stage a recovery, where as some of the less affected (like the above mentioned electronics sector) have already largely recovered. Commodities exposed to these sectors could stage a comeback towards the end of the forecast period, this is good news for metals such as aluminium, copper and a number a specialist steel alloy raw materials.

Substitution – With all these bullish trends driving up metal prices the big thing to watch on the demand-side is substitution. Metals that are intersecting a number of these trends and see skyrocketing prices, may hit the ground hard if this encourages substitution. Silver and lead provide case studies of what happens to a commodity price once widespread substitution occurs, be it for technological or environmental reasons. Cobalt and possibly platinum look like they could be the next victims. Easy substitution in the jewellery market could weigh on a soaring gold price. In the long-run, copper bulls might want to take notes on substitution threats.

Safe-havens – Finally, whilst the Eastern economies seem to be firing on all cylinders again, the same cannot be said of Europe and North America, where ultimately the demand for most things actually comes from. It appears increasingly likely that it will take the West a few years to work its way out of its debt crisis and that there will be a few false starts. As such, “safe haven” investments such as gold, and to a lesser extent platinum, palladium and silver are likely to remain attractive.

What makes a commodity stand out as “hot” rather than just “warm” is its supply side dynamics. To be a ‘hot’ prospect the commodity must have both positive demand signals and supply problems.

Technology – Mining is always at the mercy of technological progress, as the industry has to go deeper and bigger to find new deposits. Whilst these scale issues apply to all the mined commodities, watch out in particular for those where a significant technological change is required to increase supply, such as nickel moving from sulphide to laterite mines or tin moving from alluvial to hard rock deposits. These technological leaps have a tendency to arrive later and cost more than originally expected.

By-products – By-product commodities have supply sides dictated by the demand for the main commodity not the actual demand for the by-product, as such supply does not usually track demand and these commodities have a tendency to drift into oversupply. Just as to be hot a commodity needs supply shortages as well as good demand prospects, to be “cold” rather than just “cool” a commodity needs not only poor demand prospects but an oversupplied market. Witness the sorry tales of vanadium, sulphur and possibly cobalt. There is a flip side though, by-products for which the main commodity is facing low demand, may find their supply unexpectedly restricted. Normally this would encourage new primary capacity onstream (though it would take time), but if for some reason (say a poor environmental reputation) miners generally avoided primary projects of this commodity, the market could remain a little undersupplied. For this reason the lead market may be a little less cold than expected.

Environment – Commodities which face significant environmental hurdles are also likely to suffer supply problems. The obvious case here is uranium, which will face opposition everywhere a new mine is suggested. Lead, mentioned above, also falls into this category. Commodities for which there are plans to source future amounts from developed post-mining economies in Western Europe, or the mining-unfriendly states in Australia, Canada and the USA, are also likely to see a number of project delays and supply problems. Tin is probably the best example here.

Fashion – When a commodity becomes particularly unexciting from a demand point of view, it becomes difficult to finance exploration for it, and exploration activity and the project pipeline will atrophy. If demand subsequently picks up for that commodity, then it is likely that pipeline will be unable to deliver the new production capacity. Commodities fashionable in the 1970s and 1980s but ignored in the 1990s such as uranium, tungsten and tin are likely to reveal poor project pipelines are over the next few years.

China (again) – as well as significantly driving demand fundamentals, China is increasingly affecting the supply side of the industry. China is a prolific miner of a variety of commodities including tin, coal, tungsten and copper, but production is stalling in many of these commodities especially as the easy-to-get resources are depleted. As such, the Chinese government is trying to consolidate the mining industry to reduce uneconomic management of resources by small-scale miners; this may lead to lower production in the short run.

Conflict minerals – one of the big news stories in the minerals sector this year has been new legislation passed by the US government, requiring any company operating in the USA (not just US companies) to state whether it sources tantalum, tin, tungsten, cobalt or gold from the eastern part of the D.R. Congo – an area where many of the mines are run by militia groups involved in atrocities associated with the country’s civil war between 1998 and 2003. The law is likely to act as an effective embargo on eastern Congolese minerals, as the industry supply chains are not yet transparent enough for companies to be able to prove they have not sourced minerals from this area. Whilst the global gold and cobalt markets are likely to be largely unaffected with this drop in supply, tin, tungsten and tantalum markets may face a significant impact.

Politics – Cyclical large profits, in an industry with a poor reputation for safety and environmental stewardship, whose assets are in a fixed place (so cannot be moved abroad to friendlier regimes) means mining is always going to be a target for higher taxes, nationalisation and other government interference. Commodities where production is primarily from one country are vulnerable to severe supply problems if there is a significant change in legislation in the host country. Keep an eye out for platinum and palladium in South Africa, cobalt and tantalum in the D.R. Congo, and tin and tungsten in China.

Finally, on the supply side it still seems that being as far upstream as possible (except possibly for bauxite mining) is the best place to be, as ever higher capital costs continue to increase the barrier to entry for the mining industry, driving up mined raw material prices in particular. It is for exactly this reason we have seen a number of smelters and steel makers looking to secure raw material mining capacity over the last few years.
Indeed, if raw materials such as copper concentrates and tin concentrates had been included in CRU’s recent analysis, you would expect the commodities to be in some kind of “superhot” category. The capital difference between developing new smelters and new copper concentrate mines means the smelting sector has developed much quicker than the mining sector, leaving a severe supply-demand gap in the concentrates market. This applies to any raw material-primary metal pair, where it is cheaper to build the primary processing factory than the raw materials mine – iron ore and steel; tin, copper or nickel concentrates and refined tin, copper or nickel.

This will persist until the new mine capacity is developed, which is invariably overdeveloped, as capital efficiency dictates everyone develops the biggest mine possible they can. The raw materials supply side then goes into oversupply and as mine capacity is difficult to reduce, stocks build and the commodity goes into a malaise for a few years. This, in essence, is the “mining cycle”. Sulphuric acid and vanadium may be the best current examples of commodities currently in the cold, oversupplied part of the cycle. At this point expect to see the miners trying to buy smelters and refineries and integrate downstream!