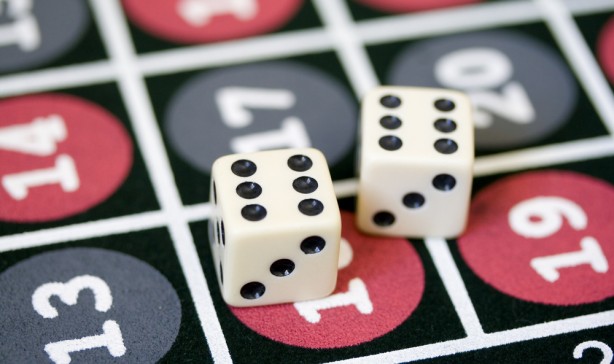 London’s mining scene gathered in force at the Mining Journal’s Gold Day. However, we left with concerns about the extent to which gold prices are being supported by investors, and about increasing political risk for gold miners, which is reducing some miners’ leverage to the booming gold price.

Just how much the current high gold price has been driven by investors was starkly highlighted by a chart from opening speaker Paul Burton of consultancy GFMS, showing a 500% increase in investor demand for gold between 2008 and 2009. Nearly all other demand sectors (jewellery mainly, plus a little de-hedging by miners, and some movements of official state holdings) remained either flat or declined through the period. As the Mining Journal put it, fearful investors have been attracted to gold as “an asset that will at least hold its value”.

If nearly all of the upward movement in the gold price over the last two years has been due to investor demand, what happens when the economy recovers and investors want to play with a little more risk again? Whilst it was not surprising that the mining companies presenting were all bullish on the gold price, conversations in private following the presentations (including with those from the financial sector) suggested that many expect gold prices to trade at current levels for the rest of the year, before declining in the face of economic recovery next year. The Mining Journal’s analysis may be right about gold at least holding value – that of course could mean it holding the value it had in 2007 before the financial crisis, about $700/oz!

This is complicated if the gold assets carry a high political risk – there is no gold price leverage at all if the company becomes locked in a battle with the local or national governments. Increasing political risk is part of the explanation for why gold equities are currently underperforming the gold price, now is not a time most investors want more risk. This is why they are buying gold.

In order of the presentations, the companies were involved in assets in South Africa, Mozambique, Russia, Peru, Russia (again), Armenia, Guatemala, Nicaragua, Canada and the Philippines. Whilst this is certainly no “Axis of Evil”, it is not necessarily a list of tourist hotspots for families either. There are many countries here with significant political risk, and according to charts from Ovoca Gold, most of the major gold miners are also operating in politically-difficult countries.

A world tour of gold mining (and the associated problems!)

Following the opening context presentation it was the turn of the gold miners to present. Jan Nelson, CEO of Pan African Resources, presented on their Barberton gold mine in South Africa, but also tried to draw attention to the recent acquistion of low cost platinum assets, that he felt were not been incorporated into the company’s value by investors. This is a problem that many gold miners face is with non-gold assets on their books, as gold mining investors, unlike general mining investors, tend not to include the non-gold assets in their spreadsheets of valuations.

Next, two companies tried to present a positive view of gold mining in Russia, Peter Hambro Mining and Ovoca Gold; and to be fair, both of these companies have had great success in Russia. It was clear from their presentations that they feel they are still been undervalued by shareholders, both due to a general fear of Russia and due to the changes in Russian sub-soil legislation in 2008. This is apprently especially true of investors in North America. Peter Hambro pointed to a feeling in the USA that Russia was still a mistrusted, communist enemy, though he distinguished that this view was less prevalent in Europe. The importance of politics to the share prices of Russian based miners was brought home by Tim McCutcheon’s assertation that the recent spike in the Ovoca Gold share price may well have been due to the signing of the nuclear arms reduction treaty between the USA and Russia.

First movers behind the iron curtain

Next stop on our tour of the gold mining world was in Armenia. Lydian International focussed on their Amulsar gold discovery there. They also hold the Drazhnje poly-metallic deposit in Kosovo, which they didn’t really cover, saying the were aiming to either spin it off or sell it, so they could concentrate on Amulsar. Lydian International believe their corporate advantage is as “first movers”, taking the initiative to move into Kosovo and Armenia certainly seems to support this philosophy.

How to find a bargain in South America

The next two companies (though only one speaker – Ralph Ruston) spoke of their gold assets in Central and South America. Focus Ventures is following a corporate philosophy of buying up old Peruvian gold prospects and mines, held by aging private individuals in Peru, looking to monetise their holdings. They particularly target properties that have not yet been drilled, or assessed with modern exploration techniques. Radius Gold is involved in a number of gold and silver properties in Guatemala (Tlacolula silver, Holly-Banderas gold-silver & Tambor gold) and Nicaragua (Trebol gold & El Pavon gold).

To survive the downturn, whilst still moving the company forward, Radius Gold has joint-ventured most of its projects – Tlacolula with Fortuna Silver Mines, Tambor with KCA of Reno; and Trebol & El Pavon with B2Gold. This technique, whilst questioned by the London investing audience, is apparently popular amongst North American investors. By joint-venturing, the aim is to get someone else to pay for the exploration of your project – presumably on the basis that most exploration, by nature, leads to nothing of value, and its better for someone else to waste their money on it. If the unlikely does occur and something of value is discovered, then a carefully constructed joint-venture, with the relevant buy-backs can still provide significant upside. Taking this approach means you can maintain a much wider portfolio of assets, and on a statistical basis at least, increase your chances of being involved with a major discovery.

The final presentation was by Jonathan Beardsworth of Metal Exploration, who after realign the audience with tales on how to obtain illicit copies of the Mining Journal, discussed Metal Exploartion’s unusual and potentially quite large Runruno gold-molybdenum discovery in the Philippines. Unsurprisingly, country risk was discussed here again. This audience member though was intrigued by the combination of gold and molybdenum in one asset. Gold typically performs well in economic downturns, whilst molybdenum, with its main end-use in the highly cyclical steel sector, tends to boom hard in the upturn, but bust harder in the downturn (check what happened to the molybdenum price in October & November 2008). Surely the leverage effect of these two metals will cancel each other out? Is this the ultimate metal combination performing in both upturns and downturns, or does it just create underperformance in all scenarios, and overperformance in none?

Gold equities are perhaps now best considered as falling into two types – traditional prices-leveraged marginal producers, that are in stable jurisdications such as Canada or Australia; and high political risk gold equities with assets in Africa, Asia and South America.

These politically risky equities can still have great value – but whilst traditional marginal miners are at the mercy of the economic upturns and downturns, those with high levels of political risk are more tied to the fortunes of their home government. Outperformance is more likely to be tied to the political situation rather than the underlying commodity price – a case of “stock specific risk” versus “market specific risk”. Stock specific risk investments are somewhat in fashion at the moment as investors who suffered in the downturn aim to diversify their equities away from those directly linked to the rise and fall of the general economy.

Indeed, those gold mining companies in politically riskier, developing countries are likely to be running much lower cost mines, so are less leveraged to the gold price anyway. However, such low costs and high margins will generate lots of cash, which needs to be rushed out of the politically unstable country as quickly as possible. These stocks could therefore be good dividend payers, as opposed to their marginal producer friends, whose intrinsic value is in growth of the share price.