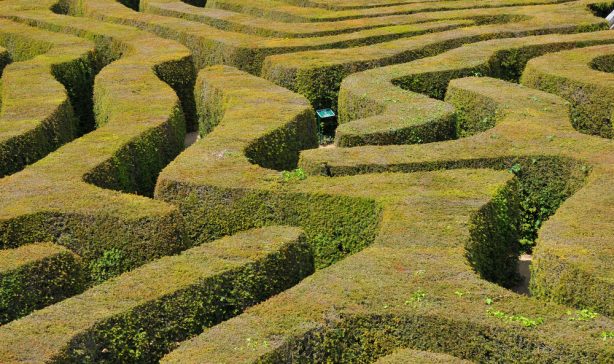 Earlier this year, I was privileged to present at the Australian Institute of Geoscientists (AIG) Lithium and Graphite Seminar, on the subject of “Entering complex concave metal markets: Lessons from the previous lithium and rare earths booms for the current lithium and graphite booms” with co-authors Allan Trench (University of Western Australia – UWA), Matthew Greentree (SRK Consulting), Sam Davies (UWA) and Josh Wright (Rowton Consolidated).

“The current heightened interest in the lithium and graphite exploration sectors are the most recent of a series of ‘speciality metals’ booms over the last decade, including at least uranium (2007), lithium (again, 2007-9) and rare earths (2010-12), though metals such as antimony, molybdenum and cobalt have all also had their periods of market excitement. However the market enthusiasm accompanying these booms, where often relatively large amounts of capital were raised for exploration and project development has been less frequently converted into mining activity than project backers would have hoped. For those projects that did advance through to development, the new operations have struggled to be profitable and provide the anticipated returns on equity.

The challenge presented to explorers and project developers is that commodities such as lithium, graphite and the rare earths are ‘concave’ commodities (Trench, 2011, 2013; Trench and Packey, 2014; Sykes et al., 2014). That is, due to the material technical and non-technical risk in such metals markets subsequent to mineral discovery the value attributed by shareholders accrues later in the project development stage, essentially not until the mine has been proved technically and economically feasible (Trench, 2011, 2013; Trench & Packey, 2012; Sykes et al., 2014 – see Figure 1). The development risk is essentially ‘back-ended’ in the project advancement. This is in contrast to ‘convex’ commodities, such as gold, copper and nickel sulphides, where risk is principally ‘front-ended’, at the discovery stage – and thus substantial value is attributed earlier in the project stage-gating by the equity markets (as evidenced recently in Australia by the stories of Gold Road Resources, Sandfire Resources, and Sirius Resources). Discovery itself often represents the major technical obstacle to the development of such projects (Trench, 2011, 2013).

The lack of value accretion for early stage ‘concave’ commodity projects, such as lithium, graphite and rare earths means these projects often remain underfunded during the early development stages stalling progress and encouraging short-cutting; whilst also leaving the company undercapitalised at the bankable feasibility stage, making it difficult to raise the amounts of debt capital required, and if capital is raised, increasing the overall level of corporate risk (Trench and Packey, 2014; Sykes et al., 2014). The underfunding presents a greater challenge in that ‘concave’ commodity markets present complex technical, financial, political and social challenges in development, thus requiring larger (not constrained) early stage funding for successful project development. ‘Concave’ commodity explorers and project developers now have the opportunity to learn from previous exploration and development efforts in these sectors – primarily the lithium and rare earths booms of 2008-9 and 2010-12 respectively. This presentation describes project development efforts during these booms and draws out the strategic lessons therefrom.

The key strategic aim of concave project developers is to turn their concave project into a convex project in the eyes of shareholders and other stakeholders (Sykes et al., 2014). This sometimes characterises speciality metal booms (a temporary bubble market), presenting an opportunity to raise capital, however, these booms rarely last long enough to complete the development of a complex project, and as such other methods of converting concave projects into convex projects are required. The analysis finds that non-exploration related technical risk mitigation, alongside governmental and market risk mitigation are the principal value drivers for ‘concave’ project development. Other causes of ‘concaveness’ also include the structure of the value chain, market opacity and scale (Sykes et al., 2016a,b), investor/stakeholder unfamiliarity, inexperienced management, a scarcity of relevant professionals and additional country risk (Sykes et al., 2014). Prudent strategic management includes the appropriate front-end loading of projects and ‘whole of value chain’ thinking (Sykes et al., 2016a,b), requiring extra capital and earlier stage involvement by non-geological professionals, management and executives (Sykes, 2014). Companies may want to consider alternative funding mechanisms such as ‘strategic investors’; ‘following the fashions’ in specialty metals (Trench, 2011); or sequencing convex projects before concave projects, to allow time and finance to develop the more challenging concave project. Excessive country risk should also be avoided. Effective communication with stakeholders is even more critical for concave commodity sectors than in convex markets (Sykes et al., 2014).

The complexity of ‘concave’ commodity markets however does provide a wider range of market entry strategies than is traditionally available to miners and explorers in well-established commodity markets (Trench and Sykes, 2016). Market entry strategies include first mover, fast follower, differentiation, disruption, by-product entry, experimentalism / boot-strapping and the ‘alternative road’ (Sykes, 2015). A coherent corporate strategy in the concave commodity sectors aligns an appropriate market entry strategy, with internal capabilities, that together are capable of converting a concave project into a convex project.”