Commercial strategies in an era of low commodity prices 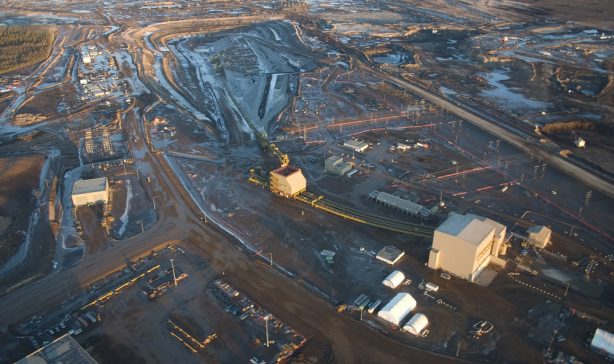 Both industries face a similar mix of strategic problems with falling commodity prices of immediate concern and ever-present issues relating to the environment, social licence, native rights and workforce diversity. The standard industry strategy of acquiring ‘low cost’ assets does not really tackle these issues. To an extent this approach makes the industry lazy, just riding the commodity price cycles, rather than focusing on delivering excellence through the cycle. Mining and petroleum companies need to focus on both operating assets better and discovering better assets.

The presentation then went on to discuss some ideas on how this could be done, comparing the approaches of the petroleum and mining sectors.

On an operations front the aim should be to operate assets at lower cost, with greater throughput, and greater safety. First highlighted was the technological approach to extraction, with the mining industry seen as incremental innovators, focusing on bigger trucks (now automated) to make bigger holes in the ground, whereas the petroleum industry had radically re-invented production several times, from nodding donkeys, to deep offshore extraction, to horizontally drilled shale gas, to ‘mining’ oil sands. More radical innovation is probably required from the mining sector.

On the operations front it was highlighted that both industries still have a dismal record in bringing and keeping women in the workforce. Data from the Australian Institute of Mining and Metallurgy (AusIMM) suggests that the industry loses about half of the potential female workforce prior to and during university, and then goes onto lose half of those it does attract in mid-career, such that there are virtually no women at the top of the industry. For companies interested in improving performance, at a minimum being able to recruit from the full pool of potential is essential; whereas realistically in addition it is now fairly well established that diverse teams (not just including women, though this is currently a totem issue) are better performing teams.

Another area of innovation is in ‘business models’ with the mining sector perhaps seen as the more innovative in this area with companies renowned for clever hedging strategies, non-operatership models, royalty and metal streaming companies and so on, though it is worth noting that there have also been some spectacular failures of innovative business models too – such as Sons of Gwalia.

Turning to project development, the general strategic approach should be to become faster, cheaper and safer at developing projects. Again the petroelum industry seems to have a better record on this front, with a greater focus on ‘front end loading’ (a phrase not used much in the mining sector) and performance benchmarking, as advoctaed by the likes of the authors of ‘Industrial Megaprojects‘.

Exploration remains a great area for strategic improvement. Again the aim should be to find better deposits, more frequently, and at lower cost. Part of this is careful probabilistic analysis of exploration programmes so funds are spent most effeciently, and part of this is in stimulating radical new thinking in where undiscovered major resources remain to be found. On both fronts the petroleum industry seems to be a leader, with exploration performance and probabilities more commonly benchmarked, whilst the industry has also moved into innovative new search spaces several times in recent decades. Taking just North America as an example, after starting out in Texas and California with conventional land-based extraction the industry has moved offshore to the Gulf of Mexico, into the wilds of Alaska, begun extracting shale gas, and oil sands – each of these new search spaces has vastly increased know petroleum reserves and defied the predictions of ‘peak oil’ theorists worried about diminshing petroleum supplies.

The area that probably requires the most strategic innovation, is in the socio-economic and environmental approach of the industries. It seems like there should be a role for the ‘ethical resources company’ though despite a few re-branding efforts by Shell and BP, this has not happened. Indeed companies such as BP, BHP Billiton, Shell and Anglo American have done much to damage their reputations rather than bolster tham. However, it remains plausible that a resources company genuinely aligned with societal interests would be rewarded with greater access to better projects, providing a win-win situation for industry and society. We still seem a long way from this though in both the petroelum and mining sectors.

The final challenge is fitting all these strategic aspects together and analysising them in a coherant, holistic manner. Here techniques such as scenario planning (another oil industry favourite), systems thinking and ‘whole of value chain’ thinking are increasingly important.

All in all there are many strategic challanges facing the mining and petroleum sectors, however, there are also many solutions yet to be implemented. At a minimum the two similar industries should try and learn from each other.

The presentation is available to view on my Slideshare: