BBC weighs in on how much gold has ever been produced: More or Less podcast 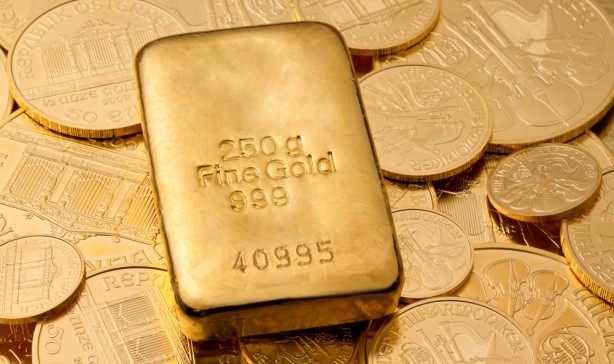 Spurred on my Warren Buffett’s comments that all the world’s mined gold could fit in a 20m cube, the BBC has investigated the issue on its flagship statistics programme: More or Less. Although they essentially conclude that all the numbers are indeterminable, its an interesting and fun listen, that gets my recommendation. Never one to waste some journalistic talent the BBC also followed it up with a news article on the subject, which covers some slightly different ground, not least the type of comparative sports pitch.

The More or Less podcast for 10 minutes each week, delves into the statistics behind a news story to interrogate the truth. I think it is respected as a pretty good independent arbiter on many subjects. It’s pretty light-hearted, which is a relief bearing in mind the subject matter. (This particular episode is of course along the Bond villain theme, with suitable music throughout). The series occasionally features Tim Harford, which some of you will know as the Financial Times Undercover Economist, who alongside his journalism has a series of highly readable books on economics.

On the issue of gold they investigate the 20m cube claim, and determine respected data from Thompson Reuters GFMS would put the cube at 18m, containing 170,000 tonnes of gold. They then investigate counter claims which range from 150,000 tonnes to 2.5 million tonnes. Most of these numbers require serious assumptions. The GFMS numbers are based on the total amount of gold mined, for which they believe they have 50 years of detailed records, and a reasonable idea of the numbers back to Columbus’ discovery of the Americas, however the 5,000 years before that are really just guess work.

James Turk, from the Gold Money (which also seems to be related to the Gold Money Foundation), believes the GFMS number for pre-Columbian gold mining to be way to high. He proposes a number nearer 300 tonnes, as opposed to the GFMS estimate of 14,000 tonnes. Turk also tried to reconcile the estimate with economic and demographic data of early history. It is worth noting however that Gold Money sells gold investment products, so any analysis that shows gold to be more scarce than thought is in their interest. The BBC carefully addresses this conflict of interest in its own way.

Further counter-claims that the number is actually much higher are then investigated. The amount of gold found in Tutankhamen’s tomb suggests a much wider availability in Ancient Egypt than you might have expected, whilst as ever the lack of transparency around Chinese gold mining numbers, now the world’s largest gold mining nation, add to the confusion.

As well as looking at the amount of gold mined, the BBC considers other estimation approaches, including one proposed by The Gold Standard Institute, which suggests analysing the amount of gold in banks and as jewellery, since this is where most gold ends up. This is where the largest 2.5 million tonnes estimate comes from. The issue of auditing all the gold we have is then raised. There of course are numerous difficulties in this (some of it in now a lot in technology, private storage etc), before we even get onto the conspiracy theories about the 8,000 tonnes gold the US government holds in reserve (or does it?). In the end the BBC concludes that this number can’t really be determined in any meaningful way.

To conclude the BBC switches to considering how much gold may be left underground and draw from the services of Michael George of the USGS, who estimates the number to be about 52,000 tonnes. However the BBC then discovers that number keeps changing based on fluctuating commodity prices, technology changes and new discoveries, but I think you all knew that anyway.